The Gerg Family – a Family Business

Inspired by his father, Blasius Gerg sen., an academic sculptor, today’s head of the company, Blasius Gerg, decided to complete an apprenticeship as a model builder. After a short time as a journeyman he successfully graduated as a master craftsman. Shortly after he founded his own company in order to realize his quality standards and ideas.

Everything started in 1984 as a one-man business in a garage in a small village called Haslach, Upper Bavaria, Germany. The first order included the making of models for home appliance. They were followed by different design and function models, such as cross-country ski bindings, a film camera and even a milling machine. With the first casting and mould patterns for a German car manufacturer, the headstone for a sustainable relation with the automotive industry was set.

Under the direction of Blasius Gerg and his wife Maria, the company has grown over the last decades, expanded and developed a diverse range of competence centers.

Until today, the company Modell- und Formenbau Blasius Gerg GmbH is still a family-run business. In the meantime the second generation is already involved in the firm.

What once used to be the founder‘s imagination and his creative talent on a small-scale has transformed into the big picture with innovation-friendly atmosphere and positive culture of today’s company group.

Today, besides Maria and Blasius Gerg, Josef Kagermeier is also part of the management. Despite the technical and operative distinction in different departments, the hierarchies are still flat and the ways kept short. Thanks to the campus-style architecture of the production and development buildings, uncomplicated exchange of information and goods within the company takes place easily. The company´s philosophy of a face-to-face management is part of the culture on all levels. 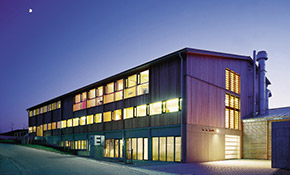 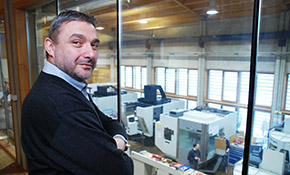 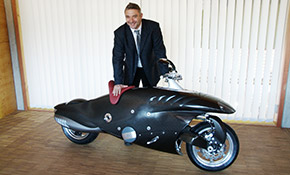 With us, some things are different many are special – not as a matter of principle but by dedication. An idyllic environment, mutual respect, a view beyond the edge of the plate and ever new challenges result in sustainable motivation.

There are characteristic aspects which cannot be described by economic indicators. Long before it had become necessary to nail the buzzword “sustainability” on your flag for image reasons, it was part of our logical self-conception to work with and not against our natural resources. Heat is produced by wood chips, own solar plants generate electricity, in the canteen we serve local products and our main building material is wood. Therefore, our production site in Hohentann perfectly integrates in the rolling hills of Upper Bavaria´s landscape. While outside cows are grazing, inside we work on high-tech. The idyll of our environment is present in our offices and workshops. Where usually rubber or concrete floors are common use, men and machines stand on wooden parquet. Such features might be explained with corporate identity, sustainability, complacency, corporateness or by work psychological aspects – for us, these features are the result of our attitude and active responsibility towards employees, man and nature. 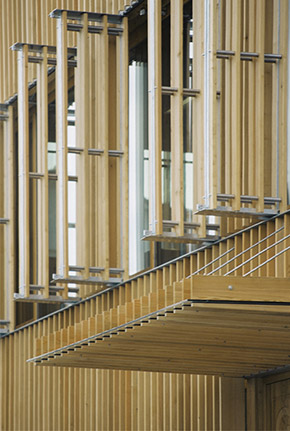 Career – one Company, many Chances

Join us and be part of our team – we act in partnership, we always strive for the best solution and we are highly motivated. The company Modell- und Formenbau Blasius Gerg GmbH is committed to highest quality standards, steady innovation and meeting production deadlines is our top priority. We offer diversified projects, manifold tasks and a fair compensation.

For more than 35 years we have been a leading supplier of innovative solutions for the global automotive and aviation industry. We are a successful and expanding business in the field of modelling, composite applications and prototyping. Our clients include well-known carmakers, motorsport teams of the Formula 1, DTM or Formula E as well as customers of the aviation and aerospace sector.

Please send your complete application documents by mail to info@gerg.de.
We look forward to receiving your application. 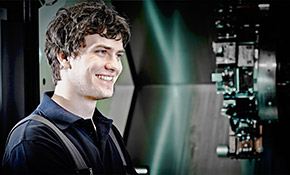 By choosing an apprenticeship with Modell- und Formenbau Blasius Gerg GmbH, you benefit from the experience of well-disposed instructors and a motivated team. We will make you fit for a successful start in your professional life and beyond.

Learning is part of the professional self-concept of every employee; this is the environment an apprenticeship with us takes place in. Besides the fundamental handcraft and the necessary factual knowledge, our trainees learn how to deal with new challenges – always supported by instructors and colleagues. Our underlying attitude is to strive for perfection and hence achieve the best possible result. Of course, on this way mistakes are made and from these mistakes you learn. To be allowed to make mistakes also means the freedom to try something new. This is how we understand and define positive culture at our company Modell- und Formenbau Blasius Gerg GmbH.

We offer apprenticeship training for the following occupations: 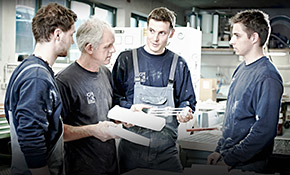 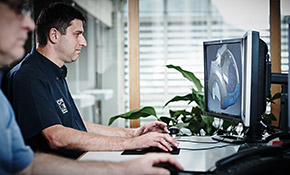 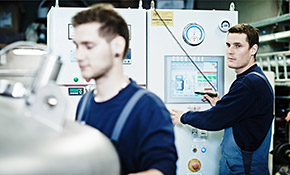 Where motivated people meet new challenges and have the space and freedom to implement new ideas, innovation will happen almost automatically. You cannot enforce creativity – that is why we cultivate it consciously.

With our specifically developed composite technology we are able to produce complex structural components which so far could only be built with casting or rapid prototyping technology. The composite components feature perfect surfaces off tool and we lift dimensional accuracy, aesthetics, functionality and load capacity to the highest level.

A custom-made vehicle is a masterpiece of technical culture. Our profound know-how and in-house production enable us to produce completely independent, individual vehicles, tailor-made to our customers’ demand.

Mankind has been developing the casting technique for more than a thousand years now. In the field of aluminium precision casting, our expertise is the peak of this development. With our unique casting technology we realize sophisticated surfaces, complex outlines and minimal wall thickness. This kind of quality you will find only with us.

Titanium machining – close to the limit

No other material has such an extremely high ratio of strength to weight as titanium has. This feature makes its applications so attractive for motorsports, the aviation and aerospace industry as well as the sports sector. The successful machining, however, requires a great deal of know-how, experience and specific machinery. We are specialised in titanium machining and are able to optimise the use of all benefits this extraordinary material has to offer.